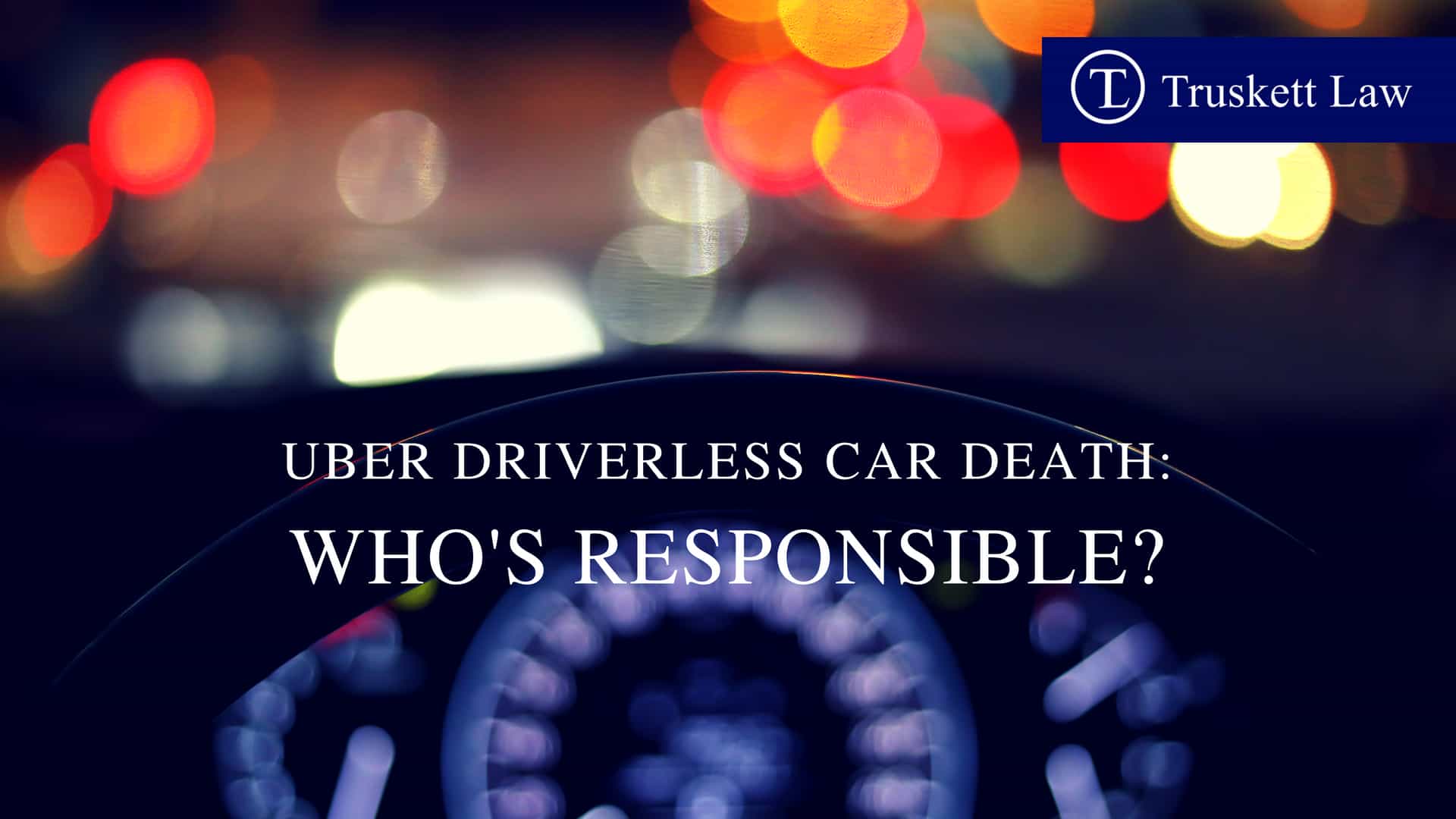 “Some incredibly sad news out of Arizona. We’re thinking of the victim’s family as we work with local law enforcement to understand what happened,” Uber CEO Dara Khosrowshahi tweeted Monday. This in response to the first pedestrian death involving one of their driverless cars. But who’s to blame? Is it the car, Uber, or its “safety driver?” Questions still remain.

No one has been charged as yet in the death of a 49-year-old Elaine Herzberg. The accident occurred in March of this year and multiple investigations are ongoing. However, Tempe police say that charges against Uber’s “safety driver” are not out of the question. Additionally, Uber did settle with the family of the deceased woman two weeks after the fatal crash.

An Arizona attorney unconnected with the case speculated that a reasonable settlement for such a case might be $1 million to $3 million. Uber’s attorneys were careful to classify the case as “resolved” instead of “settled.” To say the case was settled would be an indication that they were admitting guilt in the accident.

“We’re committed to self-driving technology, and we look forward to returning to public roads in the near future,” a spokesperson for Uber said in a statement to The Verge. “In the meantime, we remain focused on our top-to-bottom safety review…”

Uber has also halted its driverless program temporarily while it determines what happened. In addition, they have brought on former chairman of the National Transportation Safety Board Christopher Hart. Hart’s role, Uber said, is to help them review the overall safety culture of the organization.

There’s a lot of speculation out there as to the cause(s) of this tragedy. And one thing we can be sure of is that there are multiple causes. But it’s important for Uber and the auto industry in general to answer this question. If driverless technology is going to continue, we need to be sure it will make us safer above all.

Police video released after the accident shows Rafaela Vasquez, the “safety driver,” looking down consistently for several seconds just before the crash. Data from Hulu shows that for the 49 minutes prior to the accident, Vasquez was streaming “The Voice.” Tempe Police have deemed the accident “totally avoidable.” Vasquez could be charged with vehicular manslaughter, but the case is under review by county prosecutors.

Vasquez, who has previous convictions for attempted armed robbery and records falsification, was hired by Uber based on its “second-chance” hiring policy. Her police record had been clean since her release from prison in 2005. A charge of vehicular manslaughter would be a much more serious charge than her previous convictions. But is she to blame?

What about the pedestrian? Is 49-year-old  Elaine Herzberg just a victim, or is she partly culpable in her own death? It’s tragic for sure, but Tempe Police Chief Sylvia Moir faulted Herzberg for crossing outside the crosswalk.

Police video also shows that Herzberg appeared to have crossed without even looking up. In a disturbing moment, we see her for a split second, illuminated by the car lights, looking straight ahead as if completely unaware of any possibility of danger. An instant later, she’s hit by the car without ever looking up.

One interesting conversation happening out there involves the location of the accident. Many in the area say the intersection is confusing to pedestrians. You can view the location on Google Maps here. In the satellite view, you can see a paved “walkway” in the median. This is apparently where Helzberg was crossing from.

However, street view images show that each entrance to the paved “walkway” is marked with a sign saying “do not use.” This, many people say, sends a mixed message to pedestrians. And looking at the images, it seems very strange and confusing.

Police said after the accident that Uber was “likely” not to blame for the accident. However, in its hurry to test its driverless cars, did Uber cut corners? Were the police too quick to say Uber was not at fault?

Uber had recently reduced the number of sensors in its driverless cars. This came as the race to get the technology road-ready heated up. In addition, the Volvo’s emergency braking system was disabled by Uber. This was done “to reduce the risk of erratic vehicle behavior” according to Uber engineers.

In another interesting decision, Uber’s driverless cars are not programmed to alert the “safety driver” when its sensors detect a pedestrian. According to testing done by the NTSB in May, the vehicle that killed Elaine Helzberg detected her a full six seconds before impact but did not alert the driver.

Helzberg’s family has said that Uber should be criminally charged in the death of their loved one. Is it Uber, or is it the driver? Was the design of the roadway to blame, or was it partly the fault of the victim herself? It seems there may be many causes, and it will take hard work and legal expertise to determine who’s responsible.

In a wrongful death suit, don’t risk it, call Truskett at 918-392-5444. We believe corporations and insurance companies should be held responsible. If you have a wrongful death case, call us now. We will help you determine if you have a legitimate case, and we will fight for you. Your call and consultation are free and confidential.