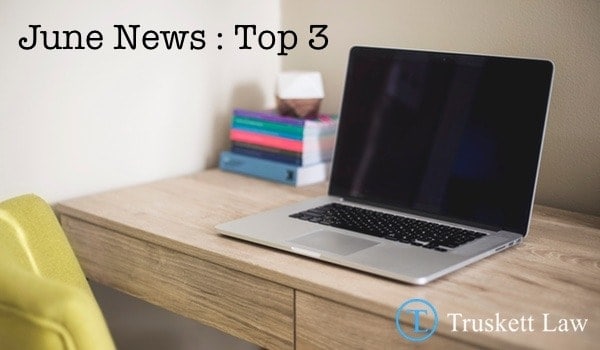 A driver made an unsafe lane change before a DUI checkpoint which led to a short pursuit with the Oklahoma Highway Patrol.

Eventually, the man in pursuit crashed into a mailbox. He told officers he fled because he thought he had warrants out for his arrest.

The driver was injured and taken to the hospital. He’s expected to be arrested for fleeing police and making an unsafe lane change. Police did not say whether or not he was intoxicated.

2. Two Children Dead After Left in Car for 15 hours

A San Antonio woman was charged with child endangerment after her two daughters, ages 1 and 2, were left inside a car for 15 hours.

The two girls, Brynn Hawkins, 1 and Addyson Overgard-Eddy, 2 passed away after being brought to University Hospital for care.

According to County Sheriff Rusty Hierholzer, the children’s mother Amanda Hawkins, 19, showed up at Peterson Regional Medical Center with the victims. She claimed they had collapsed while running around and smelling flowers at Flat Rock Lake and may have gotten into something poisonous.

But investigators say they later determined the children were intentionally left in their mother’s car overnight until noon the next day.

Hawkins was charged with two counts of child endangerment, but Hierholzer said the charges could be upgraded after the findings of the case are presented to a grand jury.

The city of Norman will have to pay Kody Rogers, plaintiff in an auto negligence lawsuit against the city, for the damages and injuries he sustained in a May 31, 2013, collision with a Norman police cruiser.

The jury believed Lt. Lee McWhorter acted more negligently in the collision and awarded Rogers $500,000. However, Assistant City Attorney Rick Knighton said the amount will be capped at $125,000.

“Our whole goal in trying this case was wanting to change the way the police department handled emergency situations,” said Rogers’ attorney, David Bernstein. “Police officers sometimes speed through intersections, putting people in jeopardy. Our hope is that this verdict sends a message to police departments not only in Norman but everywhere.”

Truskett Law is committed to keeping our community safe and healthy. If you or a loved one has been injured in a car wreck, we are here to help. We give free consultations for injuries, car wrecks, and wrongful deaths.