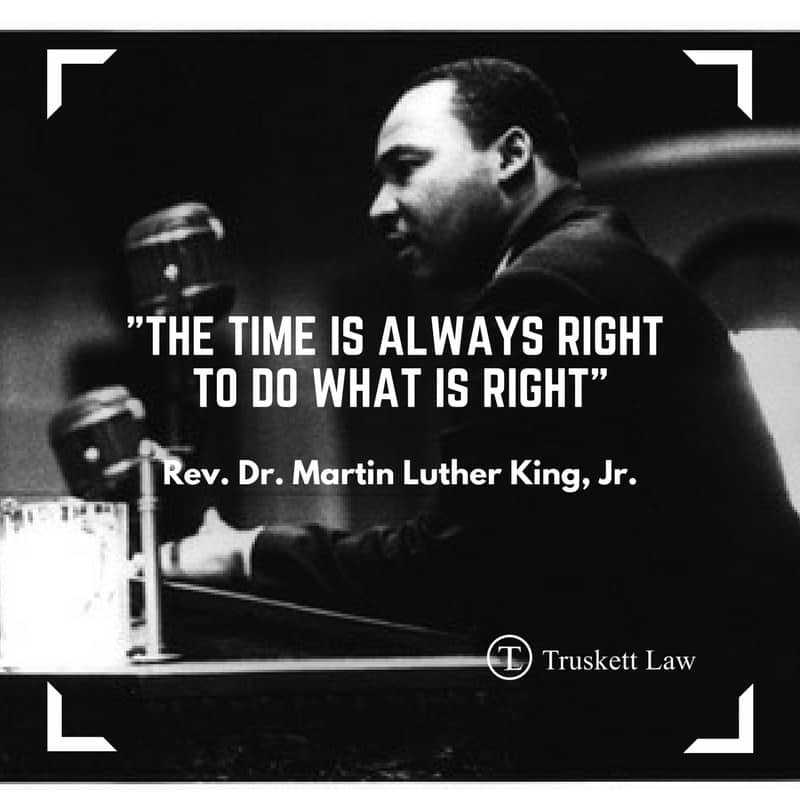 “The time is always right to do what is right,” one of the most memorable and repeated statements by Dr. Martin Luther King, Jr., is taken from one of three speeches in as many years given at Oberlin College in Oberlin Ohio at the height of the civil rights movement.

November of 1963, Rev. King was scheduled to speak at Oberlin, as were Malcolm X and Roy Wilkins of the NAACP. However, true to the character of the tumultuous 60’s, Only one of the three scheduled civil rights speeches went according to plan.

Dr. King, who was ill with the flu, received a 3-minute standing ovation when he was introduced, but was only able to speak for two minutes, apologizing to the capacity crowd before retiring.

Just over a week later, on November 22, 1963, President John F. Kennedy was assassinated in Dallas. It was the following day when Malcolm X had been scheduled to speak at Oberlin. He canceled.

The following year, on October 22, 1964, just after receiving the Nobel Peace Prize, King spoke again at Oberlin College, delivering his speech, “The Future of Integration.” It was in this address, heard by an estimated 2,500 students, that he urged his listeners, “The time is always right to do what is right.”

A year later, in May of 1965, Rev. King received an honorary Doctorate from the college and gave a memorable commencement address, which for Oberlin College became fatefully significant. It would be his last formal address at Oberlin before his assassination in 1968.

As we remember Dr. King this week, we are inspired to fight injustice in our own communities by following this simple axiom. There is never a time when it is not appropriate to do the right thing.

Though our fights may be on a smaller scale than the beloved Dr. King’s, we try to follow the same principal. At Truskett Law, we seek to do the right thing for our clients and to force insurance companies to do the same.

If you’ve been injured in an accident, please do not hesitate to call Truskett Law in Tulsa, Oklahoma at 918-392-5444 for a free consultation.