What is a Tulsa settlement lawyer 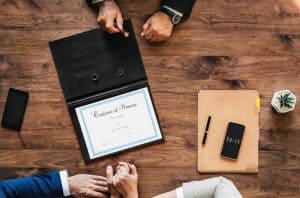 It also settlement lawyer is part of the settlement that is a resolution between disputing parties about a legal case, reached either before or after a court action begins. The term settlement also refers to the context of law. Structured settlements provide for future periodic payments, instead of one time cash payment.

Usually, lawsuit and in a settlement, with an empirical analysis finding that less than 2% of cases and with the trial, 90% of torts settle, and around 50% of other civil cases settle. Generally, when a settlement is reached in the US, it will be submitted to the court to be rolled into a court order. This is done so that the court which was initially assigned the case may retain jurisdiction over it. The court is then free to modify its order as necessary to achieve justice in the case. And a party that reaches the settlement may be held in contempt of court, rather than facing only a civil claim for the breach. A party may request that the case be dismissed with prejudice to ensure that the lawsuit cannot be resubmitted. All this can be done with the help of a Tulsa settlement lawyer.

Most settlements with a Tulsa settlement lawyer or confidential. In these cases, the court order may be referred to another document which is not disclosed, but which may be revealed to prove a breach of the settlement. Confidentiality is not possible in class action cases in the United States, we’re all settlements are subject to approval by the court pursuant to rule 23 of the federal rules of civil procedure and counterpart rules adopted in most states. In some cases, confidential settlements are requested in discovery. Federal courts can issue protective orders preventing the release, but the party seeking to prevent disclosure must show that harm or prejudice would result from the disclosure. In specific states the burden is only on the party seeking release of the confidential statement. This is why you need a Tosa settlement lawyer.

Our Community, the safety of our community, the education of our clients and everyone we reach and personal injury advocacy make up the foundation of our core values.  This is why we do what we do.  We are here to impact the community and the lives of the people we help. Truskett Law does more than just advocate for your legal needs. We’re also dedicated to the Tulsa community.  The past three years we have participated in Lawyers Fighting Hunger which is a program to feed needy Tulsa families around the holidays. It’s our pleasure to be a part of such a worthy cause.  We regularly invest in our city through acts of service and helping those in need. When safety rules are violated innocent people are injured. It’s our goal to hold safety rules violators responsible for their actions and help make Tulsa a safer place to live.

John Paul Truskett. John was raised in Tulsa, Oklahoma and attended the University of Tulsa (TU) for undergrad and law school. John graduated in 2001 with a bachelor’s degree and in 2004 with a Juris Doctorate. John used to represent insurance companies and large corporations, but now he helps local folks prosecute safety rule violators as a trial lawyer. John believes that enforcing the safety rules protects us all from injuries and mayhem.

Sam is an attorney with Truskett Law. He graduated in 2014 in the top 10% of his class from the University of Tulsa. Sam is admitted in Oklahoma and the federal Northern District of Oklahoma. When he’s not at work, Sam can be found cycling around Tulsa and its trails.

Why choose Truskett Law as your Tulsa Settlement Lawyer

Our team of Tulsa personal injury lawyers work for you. We are dedicated to providing our clients with fair and honest representation and aren’t afraid to litigate if that is what it takes to get the right result. We believe that your right to a full recovery is worth fighting for. Our clients are our highest priority. We make ourselves available when you need us, strive to serve you to the best of our ability, and make sure you know your rights. At Truskett Law, we can simplify the process, provide clarity for decisions, and give you peace of mind through personal injury education. The safety of our community is paramount, and we are invested in improving it.  This is what drives us to succeed. At Truskett Law, we are passionate about making Tulsa a safer place for its citizens and visitors, and we understand that this is only made possible when enforce safety rules are enforced.