Is It Typical for a Personal Injury Case to Settle Outside of Court?

22 Nov Is It Typical for a Personal Injury Case to Settle Outside of Court?

Settling A Personal Injury Outside Of Court

Since no one can predict when they may get injured in an accident, it’s important to understand the legal rights and various options available if someone finds themselves in a situation where they need to file a personal injury claim. Knowing ahead of time which course of action may be best for you can help prevent extra stress and confusion.

This is usually in the best interest of both parties involved since it prevents the hassle and uncertainty of a trial and can lead to a swift resolution.

Is settling your personal injury case outside of court the right move for you? Keep reading as we go over what you need to consider when deciding if settling out of court is the best option.

Why Most Personal Injury Cases Settle Outside Of Court

You may be surprised to learn that many personal injury cases never go to trial. There are several reasons for this which we will go over.

For all these reasons, it is very common for personal injury cases to be settled out of court.

How Is A Personal Injury Case Outside Of Court? 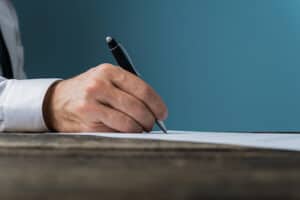 While the statement “outside of court” may sound like there are no lawyers involved, that is not the case.

In most cases, one or both parties will hire a personal injury lawyer to represent them in negotiations and ensure they get the best possible outcome.

It is highly recommended you still hire representation even if you plan to avoid going to court.

To settle a case outside of court, both sides usually have private meetings or communications. If you’re hoping to reach a settlement without going to court, there are a few things you can do to improve your chances of success.

First, it’s important to collect as much evidence as possible to support your claim. This may include medical records, witness statements, and photos or videos of the accident scene.

Next, you’ll need to calculate the full extent of your damages, including both economic and non-economic damages such as pain and suffering. Once you have a clear idea of the value of your claim, you can start negotiating with the other party.

If you’re able to reach an agreement, you’ll likely be required to sign a release waiving your right to sue in exchange for the agreed-upon settlement amount.

If negotiations or coming to a settlement proves to be unsuccessful, you may need to take your case to court. An experienced personal injury attorney can help guide you through the process and ensure that your rights are protected.

Benefits Of Settling A Case Outside Of Court

When two parties are in dispute, they have the option of going to court or settling the matter out of court. There are several benefits to settling a case out of court.

For all these reasons, settling a case out of court can be a preferable option for both parties involved.

Risks Involved In Settling A Personal Injury Case Outside Of Court 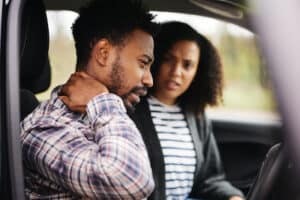 Just as there are many benefits to settling a case outside of court, there are risks to consider as well.

While it’s always best to seek the counsel of an attorney before making your choice; these risks can give you something to think about.

First, if you settle out of court, you may not receive the full value of your claim. Negotiations can be tricky, and it’s possible that both sides may end up compromising to reach an agreement. For this reason, it’s important to have a clear idea of your damages before entering negotiations.

Second, both parties may be less likely to abide by the terms of the agreement. When settling out of court, there is no judge or jury to enforce the agreement; therefore, both parties need to act in good faith and follow through on their promises.

Finally, if there is a dispute at some point after the settlement has been reached, it may be difficult to resolve the issue without going to court. Both sides need to understand the terms of the agreement and make sure everyone agrees before anything is signed.

At the end of the day, settling a personal injury case out of court can be a beneficial option for both parties involved; however, it’s important to understand the risks and make sure you’re fully informed before making your decision. 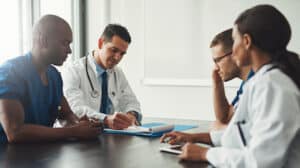 It is common for personal injury cases to be settled outside of court because both parties often want to avoid a lengthy and costly legal battle.

There are many benefits to settling a case out of court, including saving time and money.

However, there are also some risks involved in settling a case early. Ultimately, it is up to the injured party to decide whether or not to settle their case out of court.

If you have been injured and are unsure of what to do next, you can seek legal help through Truskett Law.

Our team of experienced personal injury lawyers will guide you through the process and fight for the compensation you deserve. Thank you for reading, please share this article with anyone who may be facing a similar situation.

What qualifies as a personal injury?

A personal injury is any type of physical or mental injury caused by the negligence or intentional wrongdoing of another person, company, government agency, or other entity.

Examples of personal injuries include car accidents, medical malpractice, defective products, and dangerous drugs, workplace injuries, slip and fall accidents, and more. In order to qTo personal injury case, the injury must have been caused by another person or entity’s negligence.

Can I settle a personal injury case without a lawyer?

It is possible to settle a personal injury case without the help of an attorney; however, it is generally not recommended. Personal injury cases often involve complex legal issues, and having an experienced lawyer by your side can make all the difference in getting the compensation you deserve.

An attorney will also be able to negotiate with the other party’s lawyer and make sure that any settlement agreement is fair.