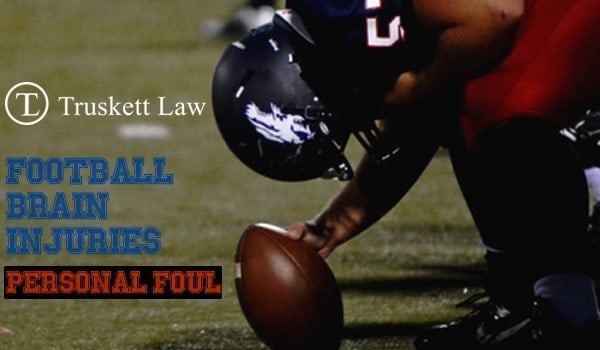 Fall is on its way, and that means many things. Holidays, cooler weather, changing colors, but maybe most importantly: football season. Whether a fan of the sport or not, millions of people love getting together and hanging out during a good game.

Many also love taking part in the sport, whether watching their children play or putting together a scrappy game in the backyard. However, with this great sport can also come great health risks.

Brain Injuries at All Levels of Play

Researchers who studied the donated brains of 111 former National Football League players found that all but one had evidence of chronic traumatic encephalopathy (CTE).

A study published this week in the Journal of the American Medical Association by researchers from Boston University and the VA Boston Healthcare System is the largest to date and is the continuation of work started eight years ago.

Researchers examined the brains of 202 deceased former football players at all levels. Nearly 88 percent (177) of the brains had CTE. Three of 14 who had played only high school football had CTE, as did 48 of 53 college players.

No doubt there are players who will say they know the risks but will accept them along with the rewards of playing football. But the findings should give pause to parents deciding whether their children should play, to fans who think only of the entertainment offered by the sport, and most of all, to professional and college football operations that make big money from players willing to put their health on the line.

Memory loss, confusion, depression, and dementia are among the symptoms of CTE, sometimes appearing decades after the trauma occurs. While a concussion is the most obvious risk factor, research has established the danger of cumulative impact, even when non-concussive. CTE can be diagnosed only after death.

Traumatic Brain Injuries contribute to almost a third of all U.S. injury-related deaths. Of course, not all of those injuries are a cause of football. Many brain injuries also occur from serious falls and high-impact car wrecks.

The coming season of a beloved sport is a good reminder to protect your head!